1. Diwali is a five-day festival that begins on Dhanteras and ends on Bhaiya Dooj. The new moon day or Amavasya is the most important day of five days of Diwali festivities and is called Lakshmi Puja, Lakshmi-Ganesh Puja, and Diwali Puja.

3. The centre Wednesday cut Central Excise Duty on petrol & diesel by Rs. 5 and Rs. 10 respectively. States are also urged to commensurately reduce VAT on Petrol and diesel to give relief to consumers.

7. Union Minister Mansukh Mandaviya debunks rumours of fertilizer shortage. The Union Minister appealed to all farmers not to hoard fertilizers. He requested them not to pay attention to rumor mongers. He cautioned that strict action will be taken against those who resort to black-marketing of fertilizers using rumor as a shield.

8. Union Home Minister Amit Shah announced that, Central government has extended the benefits of “Ayushman CAPF healthcare scheme” to the personnel of all Central Armed Police Forces (CAPFs).  Scheme will be available by December-end across India. It will benefit 35 lakh CAPF personnel and their family members. Scheme was launched by handing over the health card to National Security Guard (NSG)

9.  DELHI:: Under “Jai Bhim Mukhyamantri Pratibha Vikas Yojana, around 15,000 students have enrolled for coaching classes in the year 2021. This scheme was launched by Delhi Government. It was launched for various competitive exams at some private centres. It covers children belonging to economically poor background and marginalised communities.

10.  Jammu and Kashmir administration has come down heavily on terror in the region. According to our reports, several government officials have been sacked over connections with terrorist organisations. A deputy superintendent of jails, Feroz Ahmed Lone and a government school principal, Jawed Ahmed Shah have been sacked for their active connections to terrorist organisations.

13.  West Bengal , a suspected JMB terrorist was arrested by National Investigation Agency (NIA) from a hideout in South 24 Parganas district. The NIA raided the hideout at Subhasgram yesterday and arrested the suspected Jamaat-ul-Mujahideen Bangladesh terrorist identified as Abdul Mannan. Fake Indian Aadhaar and Voter cards were seized from him. The accused has been remanded to NIA custody till 8th November by a special NIA court.

14. BOLLYWOOD : Samantha Akkineni, who has been in the news lately after her separation from husband Naga Chaitanya, is now focused on her professional life. After all the appreciation that she received for her work in the amazon prime series ‘The Family Man 2’, the actor is reportedly up for more Hindi language projects.

1. Defence Ministry approves Rs 7,965 cr for procuring arms, equipment Orders 12 new light utility copters against the demand for 384. The Ministry of Defence has approved the procurement of 12 light utility helicopters (LUH) from Hindustan Aeronautics Limited (HAL). This is the first order of the LUH.

2.  What all has been approved

Lynx U2 naval gunfire control system : It will enhance the tracking and engagement capabilities of naval warships

Mid-life upgrade of Dornier aircraft ; It will increase the naval capacity of maritime reconnaissance and coastal surveillance.

3. CDS Gen. Bipin Rawat asks defence forces to submit theatre command studies by April 2022
The Army has nominated Central Army commander Lt Gen YK Dimri & South Western Army commander Lt Gen Amardeep Singh Bhinder to conduct the study for the creation of these commands. The Indian Air Force has not yet nominated any officer for conducting the study as per the new instructions issued.

4. The Defence Research and Development Organisation (DRDO) and the Indian Air Force on Wednesday jointly conducted two flight tests of an indigenously developed smart anti-airfield weapon in Rajasthan’s Jaisalmer. Two different configurations of the weapon based on satellite navigation and electro-optical sensors have been successfully tested.

1. Russian President Vladimir Putin is expected to visit New Delhi in December for the next edition of the India-Russia bilateral summit and slew of deals are expected to be signed during the trip including a document on Military-Technical cooperation for the next decade — 2021-2031 besides mutual logistics pact’.

2. India and Russia are expected to hold their first 2+2 dialogue of defence and foreign ministers in Moscow by mid-November, and this could be followed by the annual summit in December.

3.  India and China’s ongoing border dispute is unlikely to be resolved anytime soon, according to Nirupama Rao, a former Indian ambassador to China.

4. The World Health Organisation (WHO) on Wednesday granted approval for Emergency Use Listing (EUL) to Bharat Biotech’s Covaxin vaccine for COVID-19. At G-20 summit, PM Modi pushed for WHO nod for Covaxin, saying India to produce five billion Covid vaccine doses by 2022.

1. On 02 Nov, the Taliban made a surprise announcement, banning the use of all foreign currency across the country. The terrorist organisation urged everyone — from shopkeepers to business owners — to conduct all transactions using the national currency, the Afghani.  According to the Taliban, anyone who is found violating this order will face legal action.

2. Business owners and traders have preferred using dollars to pay for imported goods and services as well as larger transactions, such as purchasing a home. The ban is also likely to further complicate the process of receiving humanitarian aid from overseas.

3. Israeli cybersecurity company NSO Group has denied media reports that its Pegasus software is linked to the mass surveillance of journalists and human rights defenders, and insisted that all sales of its technology are approved by Israel’s Ministry of Defence.

5. A Russian cargo plane with seven people on board crash landed in eastern Siberia and caught fire, the emergencies ministry said on Wednesday. The Antonov An-12 aircraft disappeared from radars during its final approach outside the city of Irkutsk.

Player of the Match
Martin Guptill

Player of the Match
Rohit Sharma

6. Michael Gough, the English umpire, will no longer officiate in the ongoing men’s T20 World Cup 2021, following a breach of the tournament’s bio-security protocols. Gough has just finished serving a six-day suspension and though he was initially expected to return, Gough had to be suspended from his duties during the tournament for a six-day period starting October 28 following “a breach of the event bio-security protocols.

8.  The legendary Rahul Dravid on Wednesday was unanimously appointed as the head coach of the Indian men’s cricket team. Dravid will take charge from the upcoming home series when India host New Zealand for three T20Is and two Tests and will succeed Ravi Shastri into the role.

Sivakasi is a city and Municipal Corporation in Virudhunagar District in the Indian state of Tamil Nadu. This city is known for its firecracker, matchbox and printing industries. Sivakasi city alone meets about 90% fire cracker requirements of India.

The children of today will make the India of tomorrow. The way we bring them up will determine the future of the country

What is net-zero target?

A net-zero target is defined as date by which a country will only emit carbon dioxide or other greenhouse gases that can be absorbed by forests, soil, crops, and developing technologies such as carbon capture technology.

India’s announcement came as a surprise to delegates in Glasgow,

500 GW of installed renewable energy capacity will be reached by 2030.

Reduction in carbon intensity by 45% by 2030.
Reduction in projected total carbon emissions by 1 billion tonnes by 2030.

India further seeks to reduce its projected total carbon emissions by 1 billion tonnes by the end of the decade.

How does a Fire cracker Rocket works

Each rocket is made up of the following parts: a mortar, fuses, propellant powder, a shell, a bursting charge, and a collection of “stars.” The mortar is the outer container, and the fuse is, of course, the piece that you light. When the fuse burns down, the propellant ignites and shoots the firework into the air.

When the fuse, called a fast-acting fuse, is ignited with a flame or a spark, the gunpowder explodes, creating lots of heat and gas that cause a buildup of pressure beneath the shell. Then, when the pressure is great enough, the shell shoots up into the sky. Fireworks!

Shakuntala Devi (4 November 1929 – 21 April 2013) was an Indian writer and mental calculator, popularly known as the “human computer”. Her talent earned her a place in the 1982 edition of The Guinness Book of World Records.

Meaning :A secret or hidden advantage that you can use when you need it.

Example :I have an ace up my sleeve for this race—my stamina.

Diwali is the five-day festival of lights, celebrated by millions of Hindus, Sikhs and Jains across the world. The festival, which coincides with the Hindu New Year, celebrates new beginnings and the triumph of good over evil and light over darkness.

Goddess Lakshmi’s Birthday: On this very Diwali day, Lakshmi is said to have been incarnated from the depth of the bottomless ocean at the time of Sagarmadhan to extract Amrit

Putting cucumbers over your eyes to treat dark circles and puffy skin is probably one of the best known beauty remedies. 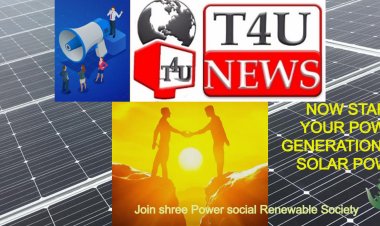 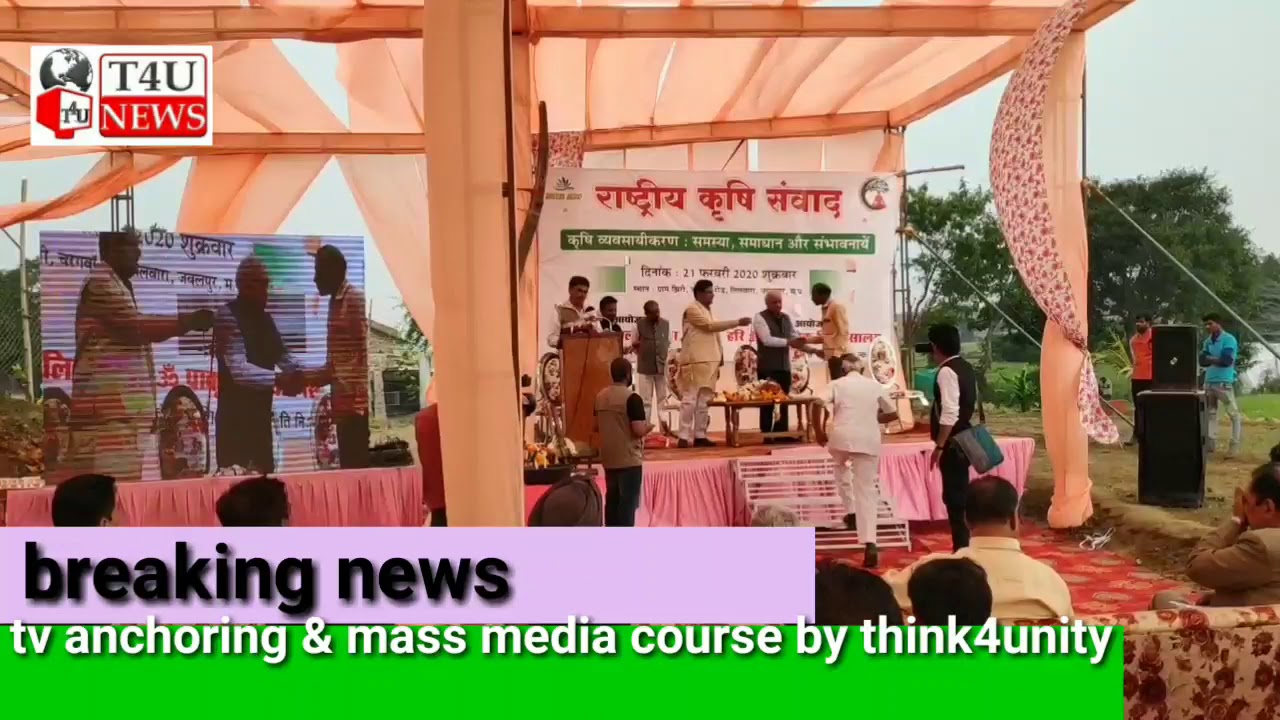 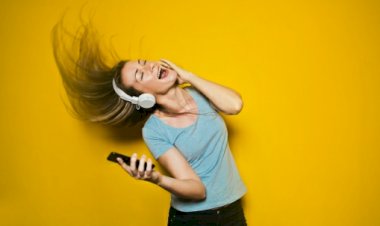 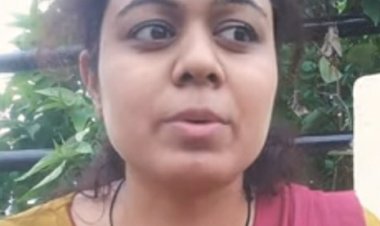 There is a difference in getting noticed and being remembered... 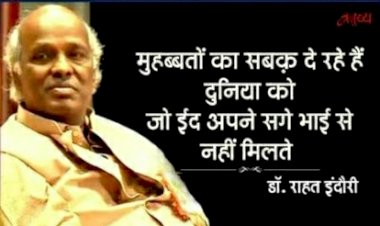 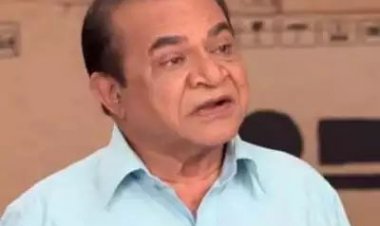 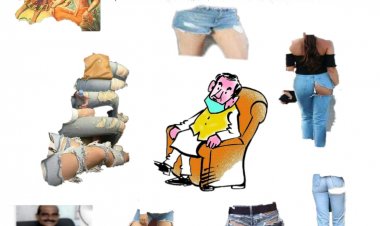