Why we get Sweat

Sweat is our way of cooling us down. When our body starts to sense that it's overheating, it starts sweating as a way to control its temperature. “By promoting heat loss through evaporation, sweat helps regulate our body temperature,” 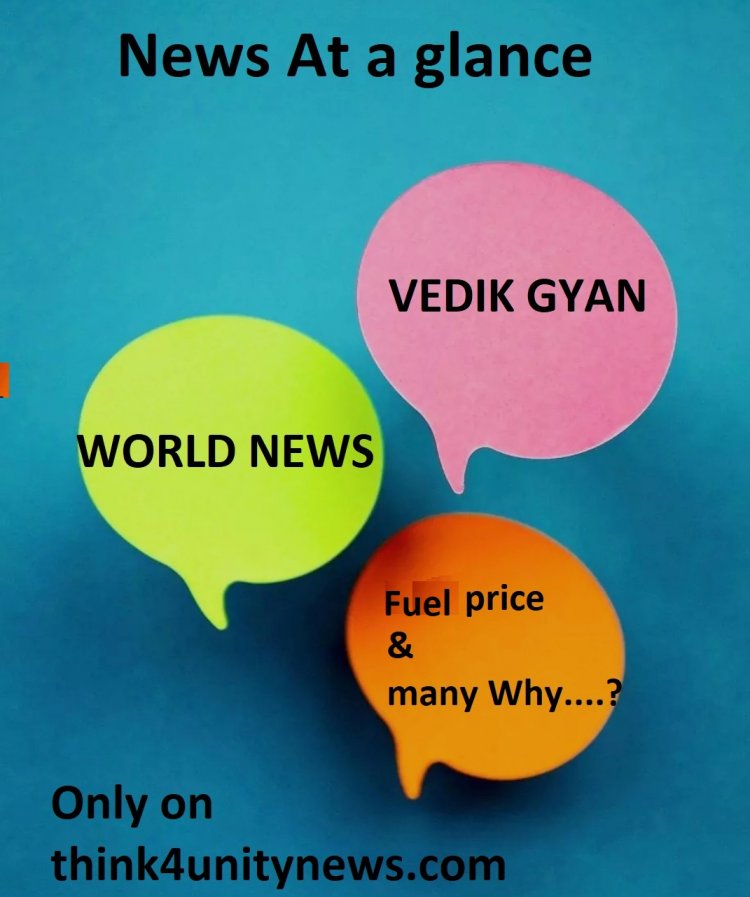 News at a glance

2. State Bank of India has urged the users to go to Income Tax e-filing portal and link PAN & Aadhaar to enjoy 'seamless banking services.  if your Permanent Account Number (PAN) and Aadhaar are not linked. The Income Tax Department earlier extended the deadline till September 30 to link PAN with Aadhaar. The PAN cards which are not linked to Aadhaar would become useless and declared “inoperative" after the deadline.

8. PM Modi will visit Varanasi today (14 Jul Thursday). He will inaugurate & lay the foundation stone of multiple development projects worth more than Rs 1,500 crore. Mr Modi will inaugurate a 100-bed MCH wing in BHU, multi-level parking at Godauliya, Ro-Ro Vessels for tourism development on River Ganga and a three-lane flyover bridge on the Varanasi Ghazipur Highway.

10.  MSP for procurement of wheat in the current Rabi Marketing Season 2021- 22 in Uttar Pradesh. Ministry of Consumer Affairs, Food & Public Distribution said that during this season a record 56.41 Lakh Metric Tonnes of Wheat was procured from 12.98 lakh farmers at MSP in Uttar Pradesh as compared to 35.77 Lakh Metric Tonnes Wheat procured from 6.64 lakh farmers in 2020-21.

14.  Airlines anticipate delays at Delhi airport due to heavy rain from couple of days. Airport officials said that no diversions have been reported yet but there might be a few slight delays.

15. The Indian Army has invited applications for recruitment to the posts of officers under the NCC Special Entry Scheme for both male and female candidates. All the interested and eligible candidates can apply for Indian Army recruitment by visiting the official website of the Indian Army, joinindianarmy.nic.in. The last date for registration is July 15, 2021

3. Union Finance Minister Nirmala Sitharaman & Finance Minister of Bhutan Lyonpo Namgay Tshering jointly launched BHIM–UPI in Bhutan. during PM Modi's Bhutan visit in the year 2019, that Rupay card was launched in Bhutan and both the countries expressed their desire to work on QR code service via Bhim app.

4. The Dominican high court granted interim bail to fugitive diamantaire Mehul Choksi on medical grounds. Where he has been staying as a citizen since 2018 after he left India.

5. Afghanistan’s Ambassador to India Farid Mamundzay on Tuesday took to Twitter to assert that the Indian consulate general in Kandahar is still open and continues to operate through local staff.

6. Iran & Russia’s anxiety over surging Taliban will be key to India’s new Afghan policy. Deeply concerned about the unfavourable turn in Afghanistan, India is busy calibrating its response. That India will have to navigate difficult waters has become evident in its External Affairs Minister S. Jaishankar’s recent visit to Iran and Russia.

2. Rath Yatra festival of Lord Jagannath was celebrated across Bangladesh on (12 Jul) Monday.

3. 64 killed in city of Nasiriyah in Iraq after fire engulfed COVID isolation Unit. Out 64 thirty nine bodies were identified & handed over to their families.

1. PM Narendra Modi interacted with 15 out of the 126 athletes that are all set to represent India at the Tokyo Olympics 2020, in Japan; Says wishes and blessings of 135 crore Indians are with them.  He spoke to veterans Sharath Kamal, Sania Mirza and Mary Kom and first-time Olympians Elavenil Valarivan & Saurabh Chaudhary.

3. Former Indian middle-order batsman Yashpal Sharma, who was also a member of the Kapil Dev-led World Cup-winning team, passed away on Tuesday after suffering a cardiac arrest. He was 66.

4. Tennis icon Roger Federer on 13 Jul announced that he is pilling out of the upcoming Tokyo Olympics owing to a knee injury.

Lakshadweep, formerly known as the Laccadive, Minicoy, and Aminidivi Islands, is a group of islands in the Laccadive Sea, 200 to 440 km (120 to 270 mi) off the south western coast of India.  Lakshadweep comes from Lakshadwipa, which means "one hundred thousand islands" in Sanskrit.

Thought of the day

Those who dare to fail miserably can achieve greatly.”

Why we get Sweat

Sweat is our way of cooling us down. When our body starts to sense that it's overheating, it starts sweating as a way to control its temperature. “By promoting heat loss through evaporation, sweat helps regulate our body temperature,”

Pure sweat is actually odorless. So why do you smell when you sweat? You may notice the smell mostly comes from our pits (hence why we put deodorant there). This is because the apocrine glands produce the bacteria that break down our sweat into “scented” fatty acids. Apocrine sweat by itself does not have an odor, but when the bacteria that lives on our skin mixes with apocrine secretions, it can produce a foul-smelling odor.

Eccrine glands  produce most of our sweat. These glands are mostly concentrated on the palms, soles, forehead and armpit, but covers entire body.

Emotional sweat , which comes from the apocrine glands, is a bit different. “It does not serve a temperature regulatory function, but rather one to combat an impending challenge. Spicy foods can stimulate our sweat glands. Foods like garlic, onions, or cabbage may worsen body odor

Some people experience yellow stains under the arms of white shirts or on white sheets. This is due to a chemical reaction between your sweat and your antiperspirant or clothes. “Aluminum

The first functioning record player, called a phonograph, was constructed by Thomas Edison in the late 19th century.

Early record players that were driven by mechanical means and reproduced sound without electrical amplification. These record players are quite different from modern turntables, but the records that store the sound and the needles that turn it into audible music work in essentially the same way.

The Gramophone Player
Like other record players, gramophones read the sound with a small needle which fits into the groove in the record. That needle is attached to a diaphragm, which in turn is attached to a horn. ... These vibrations are transmitted to the diaphragm, which itself vibrates, creating sound. His first phonograph used grooves etched in tin foil to record his rendition of "Mary Had a Little Lamb"--the first sound recording.

NASA????️???? The National Aeronautics and Space Administration is an independent agency of the United States Federal Government responsible for the civilian space program, as well as aeronautics and space research. NASA was established in 1958, succeeding the National Advisory Committee for Aeronautics. The agency's leader, NASA's administrator, is nominated by the President of the United States

According to the Rigved Vishwakarma is the designer of all the flying chariots of the gods, and all their weapons and divine attributes. He is believed to be one of the ancient architect or engineer who created and taught building of ancient monuments, architectures in Bharat.

He is ‘Aja’ (Unborn) and as mentioned in Vishwakarma suktam of Yajurveda, he created ‘Brahmanda’ (where the universe exists) containing all the Gods and the Asuras which lies connected to his navel by means of a receptacle.

He also credited with creating the missiles used in the Puranas, including the Vajra, the sacred weapon of Lord Indra, from the bones of sage Dadhichi. Through the four yugas, he had built several towns and temples for the gods. Among them were, in chronological order, Svarga (Heaven) in the Satya Yuga, Lanka in the treta Yuga, and Dwarka (Krishna's capital) in the dwapara Yuga.

Exercises to strengthen the upper thighs can benefit the knee joint.

(a) Straighten and raise a leg while lying or sitting down. (b) Place one foot up on a step, then the other, stepping down again, and repeating the step-ups. (c) Sit on a chair and then stand and sit repeatedly for a minute (d) Hold a chair and squat until the kneecaps cover the toes. Do this 10 times. (e). Avoiding prolonged sitting and long periods without moving, as joints may become stiff and painful without movement.

People who have excess weight or obesity have a higher risk of knee pain. Losing it helps to reduce long-term knee pain, including pain caused by arthritis.

Massaging the thigh muscles will have a beneficial impact on the knee. Rest, ice, compression, and elevation may help treat mild knee pain that results from a soft tissue injury, such as a sprain. Rest can reduce the risk of further injury and give tissues time to heal. 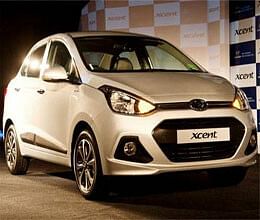 <p>Hyundai Motor India Ltd (HMIL) on Wednesday sparked off a price war in the compact... 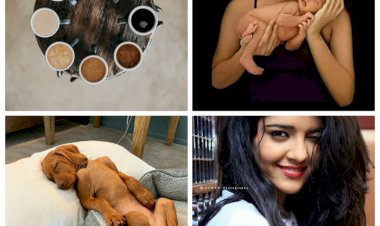 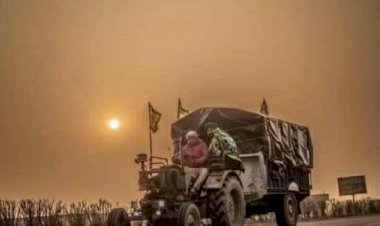 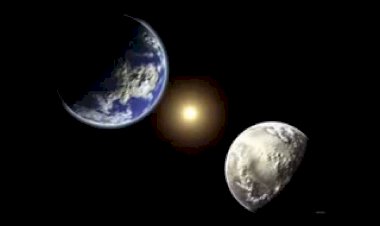 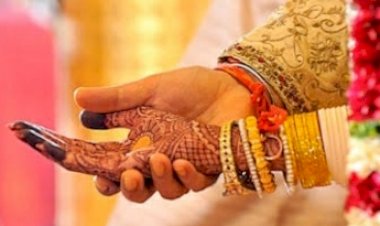 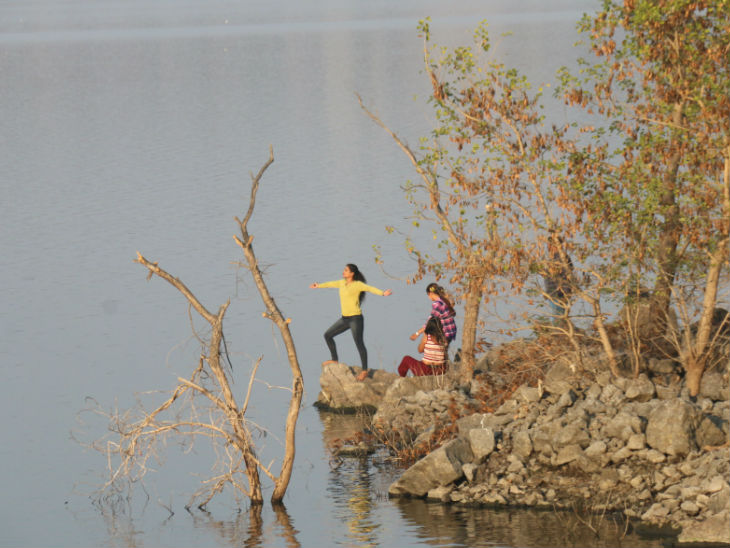